Stand Up For What’s Right 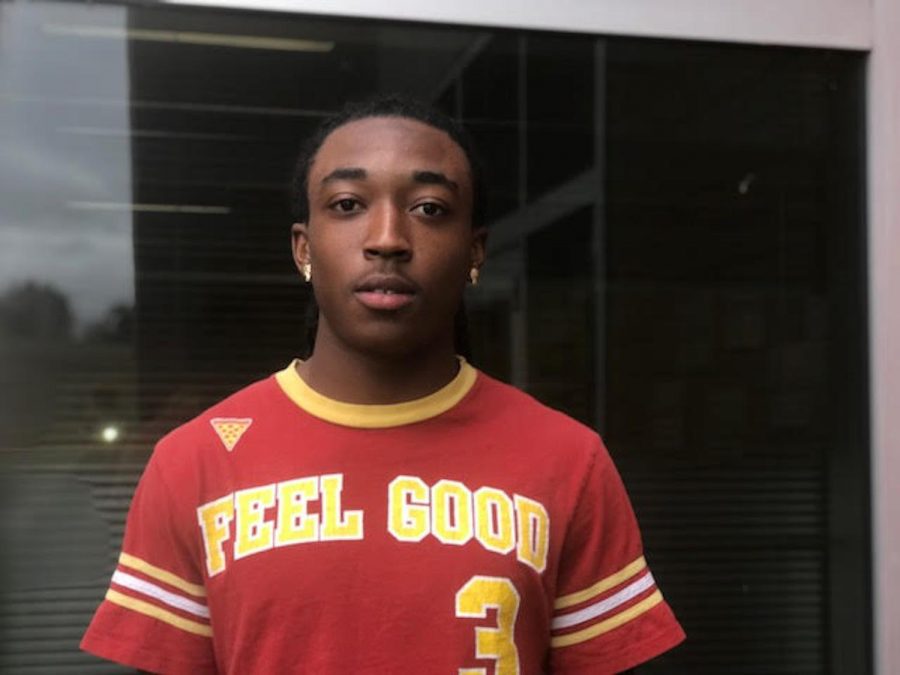 The president stated that the owners should do it quickly by saying, “Get them sons of bitches off the field.”

This reaction shows how much impact the players are having. However, it causes the wrong kind of impact. The players should no longer kneel during the national anthem, but should protest at a better time to create a more positive impact.

NFL players, inspired by the actions of Colin Kaepernick, should protest and stand up for what’s right outside of football.

Kaepernick states, “To me, this is bigger than football and it would be selfish on my part to look the other way. There are bodies in the street and people getting paid leave and getting away with murder.”

Kaepernick cares less about the football side of everything than about trying to get a huge point across about the importance of black people’s lives and about innocent people being killed by powerful people in our communities. By not kneeling during NFL games, but rather choosing another way to protest, his point would be taken into more consideration. His (and now other players’) actions create a very negative reaction among many Americans who could be helping his cause. The importance of this behavior being controlled is also important because of the way Kaepernick and others have had to sacrifice their careers to prove a point.

Many people believe that these protests should occur in different situations. Instead of protesting at an NFL game’s national anthem, players searching for change should take actions in the correct situations. Kaepernick’s protest wasn’t taken the right way at first because of the importance of the national anthem before an NFL game. Since the anthem shows patriotism, protests in this situation may tend to look like a negative statement to many Americans, and they then fail to realize the injustice the kneeling players are protesting – and that they may be receiving for taking a knee.

The 49ers once stated, “The national anthem is, and always will be, a special part of the pregame ceremony. It is an opportunity to honor our country and reflect on good liberties we are afforded as its citizens.”

This statement and the nation’s reaction, goes to show that if Kaepernick really wants to get his point across and stop all this madness of inequality in policing, he should protest at the right time in order to have a better outcome. If the problem is bigger than football, as Kaepernick says, then the protests shouldn’t be during football.

However, the citizens of our country should not view Kaepernick’s and others’ actions as a negative thing. Some fail to realize his actions are all for an influential cause. The impact of his protesting at an important time of an event seems to show his character as either good or bad.

Former Chicago Bears Coach Mike Ditka told him to “get the hell out” of America. It can be inferred that the only reason Ditka may have said this in support of the importance of the national anthem, but not for the reasons behind the whole protest itself because it is for a greater cause.

One bad outcome of this situation is that the locker room could divide over it, which could harm the team. This type of action may cause a large distraction for the team and hinder the success on the field. For an NFL team to get the win is the main goal, and actions such as this protest may cause a distraction from the goal because some players might react as Ditka did. This argument supports the importance of the national anthem and expresses how these actions should take place during a more appropriate time.

The national anthem is an important time during our sport events in our nation. Teams should take a stand by building foundations to spread the word about how innocent citizens shouldn’t be dying just because a person of higher power says so. Building these foundations erases the protesting during an NFL game or any other sporting event.

Kaepernick stated, “I am not going to stand up to show pride in a flag for a country that oppresses black people and people of color.”

He believes that everybody should be treated as equals and that all should be held accountable for their wrong doings towards innocent people. The negative image Kaepernick is receiving would be erased because the constructive protest through positive foundations already set up outside of an NFL game. Still, the players’ fame and reputation would work for the cause without interfering with an important patriotic moment.

It is very important for these wealthy NFL teams to take action to grab more citizens’ attention through different ways outside of football. I personally believe that someone should stop all the negative incidents from occurring so often, and I feel that through the power of football, we can take that next step. However, the NFL players’ kneeling during the anthem causes a distraction and puts up a fence to have people support what they are doing.

Kaepernick’s support system from all the people across the country, which includes other NFL players, goes to show how plenty of citizens across the nation agree with his cause. The NFL organization as a whole can take a stand together to find justice, but it should do so at a better time. Everybody wants to stop this unpatriotic-looking act from continuing but not to stop the cause behind it. For this protest to be effective, organizations should be put into place to replace and improve upon the kneeling during the national anthem.