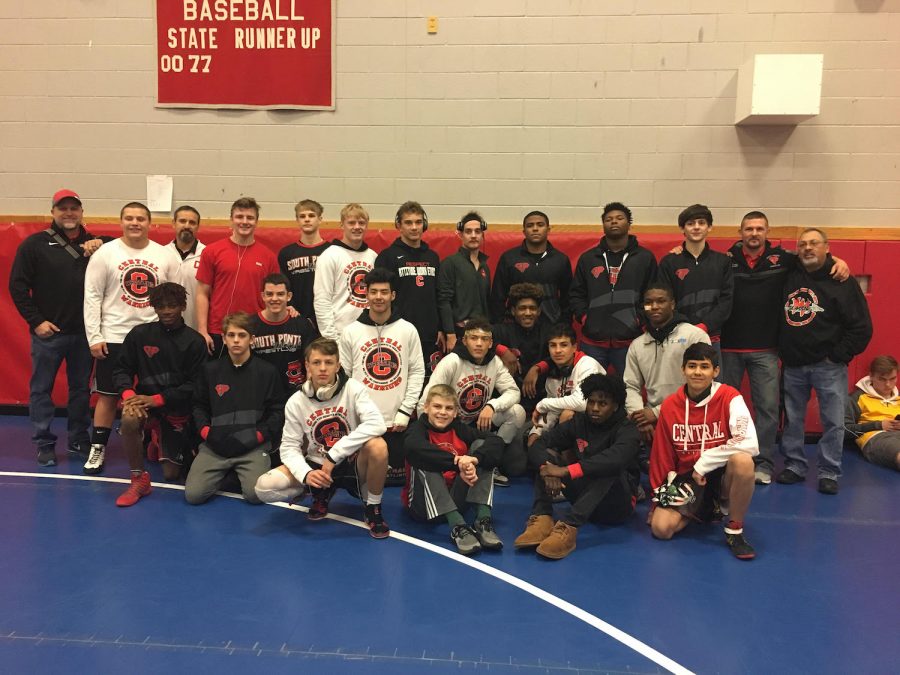 South Pointe High School has enjoyed much athletic success. Its football program won four consecutive championships from 2014-2017 and has produced NFL talent. However, one athletic program is flying under the radar: the wrestling squad.

The team ranked second in the state for 4A high schools in the pre-season wrestling rankings in South Carolina. They also have six returning state qualifiers including junior Isaac Ekanem, who placed fourth in the 170-lb class in the 2018 state tournament.

Recently, the club exceeded their goal of running 1,805 miles for 24 hours by running over 2,000 miles for support to go to Colorado for a tournament during mid-December.

Coach Eddie Cook believes his team should get more publicity around the school.

“Actually promote it, make announcements. Most people don’t understand it enough to watch it. We’re 7-0 right now (as of December 6, 2018); we haven’t had a home match yet and we have such a small group that follows us. It’s a problem across the board towards sports other than football. We don’t have a lot of school spirit here at South Pointe,” stated Coach Cook.

Members of the team also have thoughts on what the school should do about promoting their club.

“Try doing spirit-type things like they do for football with the blackout, neon, all of those things and above that having pep rallies for the wrestling team to hype us up and at least have them recognize us in school,” said senior Jake Morgan.

“I think if more people came to the matches and saw what we’re doing and saw the work we were putting in, then I feel people would appreciate us more,” said sophomore Cole Airington. “The lack of appreciation is crucial and deserves more than it is currently given. We just want more support. I wish our matches were called out like the football games.”

With the 7-0 start, the expectations for the remainder of the season are high. And having been ranked 2nd in pre-season 4A standings, plus a handful of returning wrestlers who qualified for state in their weight classes last season, South Pointe’s Wrestling Team could be well on its way to getting the respect it has long craved and deserved.