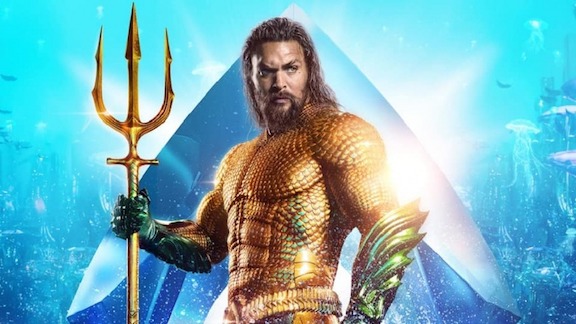 From being one of the most disrespected superheroes in comics, to breaking the billion dollar movie record for the DC Extended Universe, Jason Momoa and James Wan’s “Aquaman” makes a name for itself as it provides fans of the character with eccentric views of Atlantis, intriguing conflict brought straight from the comics, and some of the best character development in DC films since “The Dark Knight”.

A throng of fans of the franchise awaited the December release after getting a glimpse of the character’s potential in the 2017 film “Justice League”. Although “Justice League” may have been a flop for DC films, Aquaman is nothing of the sort, even though it doesn’t quite meet the standards set high by the Marvel Cinematic Universe.

The performances of “Aquaman” might possibly be some of the best in the current DCEU, second to Ben Affleck’s Batman and Gal Gadot’s Wonder Woman.

Jason Momoa’s portrayal of the king of Atlantis is completely comic accurate, in retrospect to newer, more rugged and darker versions of the character. Nonetheless, Momoa is perfect for the role. Amber Heard also successfully encompasses Mera’s confident persona she is known for, but her role is not as prominent in the film as expected or should have been. Other standout performances come from the villains of the film: King Orm and Black Manta. Patrick Wilson and Yahya Abdul-Mateen II truly give a name to two of Aquaman’s most iconic and dangerous foes all while contributing in their own ways to the film’s progressive plot.

“Aquaman’s” setting steals the show as every scene contains a new, unique element that enlightens the use of fascinating CGI effects and shows audience members alike what Atlantis would look like in the real-world. Pieces of the film look as though they were directly influenced by 2009’s breakout film “Avatar”, as bright colors and bizarre lighting fill up the screen and display one of director James Wan’s strongest assets.

The comedy featured in the film may be one of the few weak points as most of the intended humorous lines seem somewhat forced and unnecessary. DC has been trying to compete with Marvel’s witty effects in films ever since the 2016 release of DC’s “Suicide Squad”, but still has yet to match with one of their opposing franchise’s strongest components.

Overall, “Aquaman” still accomplished something that hasn’t been done in a long time for DC: been established as a good movie. The film’s actors and actresses excelled in becoming their comic characters, while being supported by its phenomenal director, James Wan, as well as the CGI, costume, makeup and hair, and stunt teams.

The blockbuster film is a must see and will not leave you disappointed as Arthur Curry and Aquaman truly make a name for themselves as something more than a “lame” superhero.