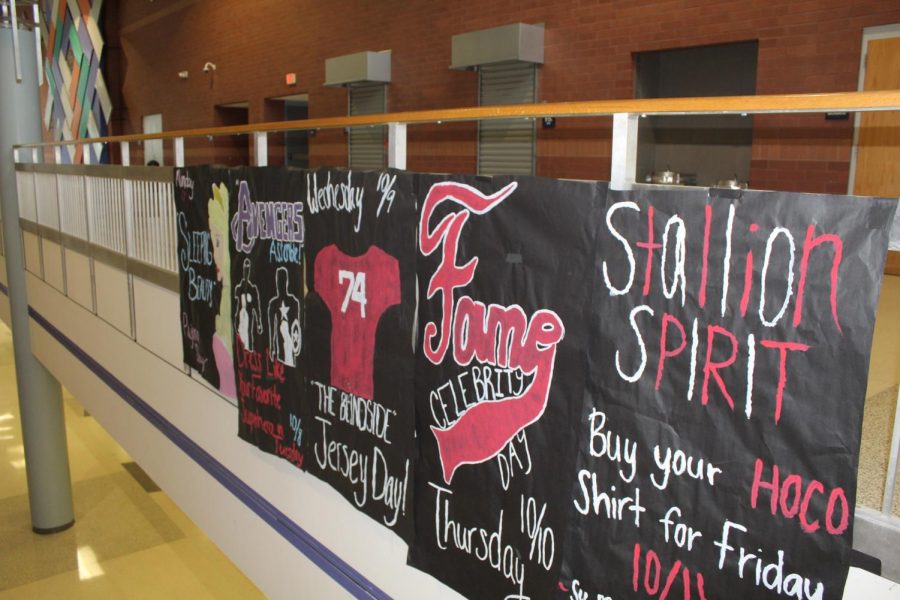 This past week, Oct. 7-12, South Pointe went Hollywood for the annual Homecoming event.

From spirit week dress up days to the long-awaited football game against the Lancaster Bruins, students and teachers alike participated in one of South Pointe’s biggest events of the year. The overall theme, Hollywood: Lights, Camera, Action!, inspired all the dress up days, after school events, and the dance.

Beginning with “Sleeping Beauty”, students came dressed in pajamas and showed out during all three lunches for a Pie-a-Teacher & Administrator event. Tuesday, Oct. 8, came with “Avengers” day, allowing students to come to school as their favorite superhero and come to a special viewing of “Black Panther” later that night in the auditorium. Wednesday stood for “The Blind Side”, or Jersey Day, and had students showing support for their favorite college, NFL, NBA, and MLB teams. Due to unfortunate pipe bursts and flooding in Rock Hill, Rock Hill School District was closed on Thursday, Oct. 10, which led to all Homecoming activities for the day being cancelled. But, with the district opening back up on Friday, the Stallions got to show out on “Stallion Spirit” day and attend the annual pep rally and football game.

One of the most anticipated parts of Homecoming is the Friday night football game in which the South Pointe Stallions took on the Lancaster Bruins. After a long fight against Lancaster High, South Pointe came out on top with a score of 42-22. Not only did the Varsity Football team win, so did a few seniors of the Homecoming Court. After campaigning for a week, Jamia Blake and Ahmad Hall were selected as South Pointe’s Homecoming Queen and King. McKenzie McCrorey and Nevaeh McGuinness were also voted as first and second runner-ups.

The Homecoming dance then took place the following day and came with the announcement of the Junior Prince and Princess. CJ Owens was crowned prince and Mahogany McCullough for princess.

South Pointe’s Student Council, the organizers of Homecoming, also collected change and gave percentages of the profits from all events featured throughout the week for Pilgrim’s Inn, a local shelter for abused women and children. With the help of officers and Homecoming court candidates, around $900 was collected for the shelter.

The 2019 South Pointe Homecoming, yet again, was a major success for Stallion spirit.