The Aftermath of Starring in School Sports 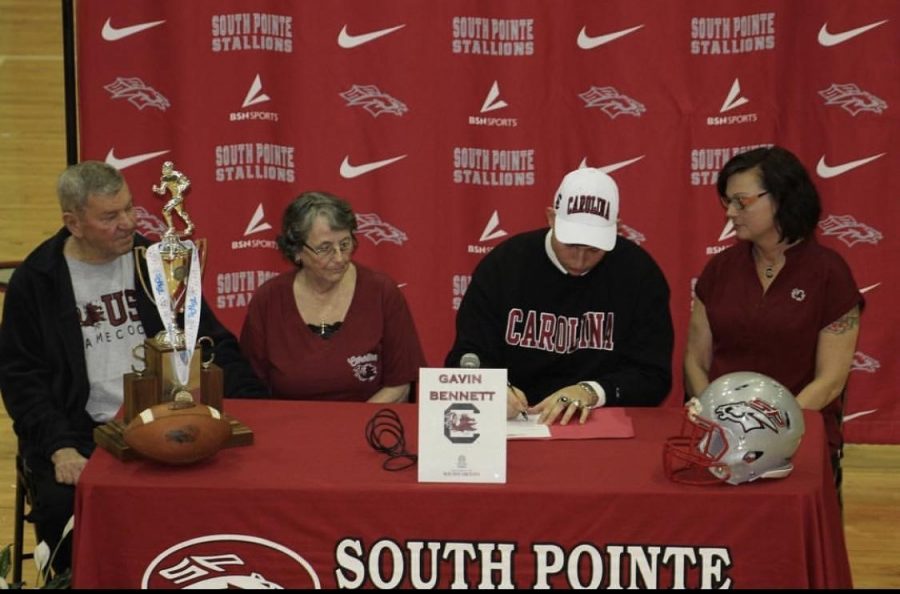 South Pointe High School is heavily acknowledged for its athletics. With over 11 different sports comes students who stand out and make an impact on the school. However, these students all take different paths after their athletic centered life in high school.

Many athletes continue sports after high school, whereas some drop their athletic lifestyle to draw themselves closer to academics and relationships.

Athletic director of South Pointe, Adam Hare, states around 20 students from the class of 2019 signed to play sports in college. He also stated that with the percentage of future college athletes, comes a small amount of students who play for the NFL.

While reminiscing on the past, Bennett says “college football is a whole different ballpark. We basically live in the football facility.”

He goes in around 5:30 a.m. and is busy with practice, conditioning, film sessions, and meetings whereas high school football is practice after school and games on Fridays. 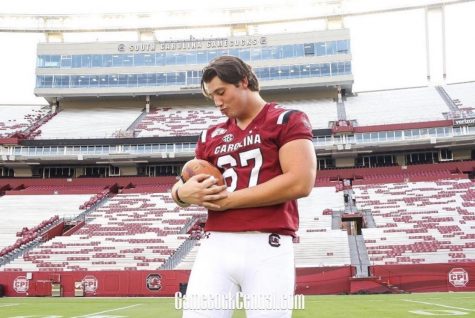 With all this consumed time, where do academics come in?

Talking with Bennett, studying to attain a master’s in international business, he says, “as far as balancing school, academics and a social life, it becomes extremely difficult at times … we have mandatory tutor  times … I try to relax come Friday and Sunday by catching up on sleep.”

Compared to high school soccer player, Scotty Fripp, he says, “right now it is the off-season, so we’re just conditioning.”

Whereas high school players get breaks, off-seasons and more free time, college athletes get no days off, whether it’s their sports season or not. This is an adjustment many athletes face when starting a path in college sports.

From a different perspective, Dreu Bodiford is a former South Pointe baseball player,who chose not to continue sports throughout college. He says that by not doing sports, he has time to “chill with friends and hangout”.

One thing Dreu likes about not having the pressure of sports is that “it makes school way easier because I can take my time to do homework and study.”

Although juggling sports, school, and a social life can be difficult, Bodiford says, “I do miss the friendships and bonds that I made when I was playing sports. Friendships made outside of athletics just isn’t the same.”

High school sports are widely acknowledged internationally and locally. These players make a choice between continuing their athletic ability in college or giving it up for the sake of free time, relaxation, or even sleeping in. Are high school athletes prepared for the life of college athletes, who sustain incredible measures in their everyday life that could be easily thrown away for less stress?