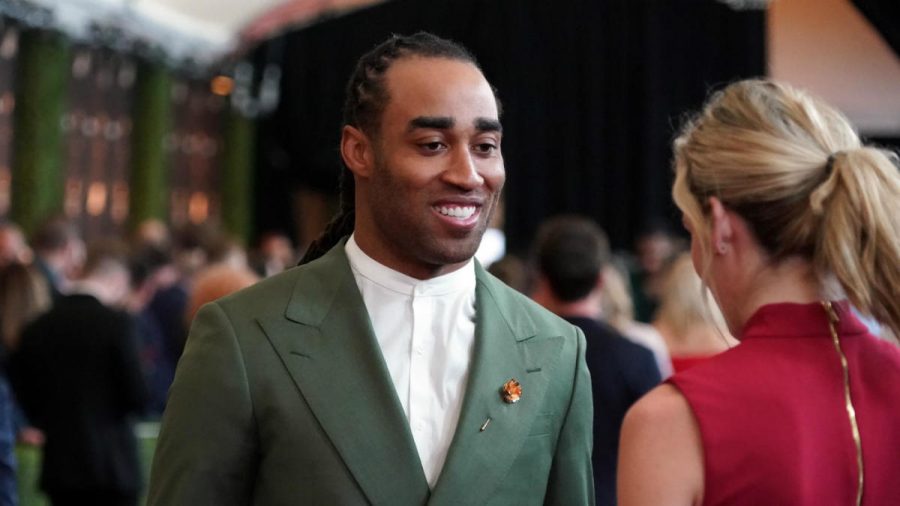 A South Pointe alum is getting national recognition for their excellence and hard work. Patriots star cornerback Stephon Gilmore was recently awarded the 2019 NFL Defensive Player of the Year award.

His career high 6 interceptions this past season was tied with Minnesota Vikings cornerback Anthony Harris for the most in the NFL.

Gilmore has been a household name dating back to his days at South Pointe, where he led the Stallions to a 15-0 record and the AAAA state championship. For his amazing efforts, Stephon Gilmore was named South Carolina’s Mr. Football in 2008.

After graduating early so he could participate in spring practice at the University of South Carolina, he made an immediate impact and came out of spring training as a starter at cornerback. South Pointe head football coach Devonte Holloman, who played with Gilmore for 3 years at USC, had this to say about his former teammate.

“When we first got there it was apparent that he was one of our top players right away… I knew he’d be one of the better corners in the league.” Holloman said.

By the end of his gamecock career, Gilmore was a 2x All-SEC selection, and a he even named a third team all-american by the associated press. It was evident that Gilmore was more than ready to compete at the next level, and after his junior at USC Stephon Gilmore declared for the NFL Draft.

The Buffalo Bills selected Stephon Gilmore with the 10th pick in the 2012 NFL Draft, and he made an immediate impact. Gilmore was named Buffalo’s #1 cornerback going into training camp, a title he’d hold for the duration of his time with the team.

In his 5th season, the last of his rookie contract, Stephon balled out and was named a pro bowler for the first time. His impressive play was recognized by the New England Patriots, and on March 9th, 2017, he was signed to a 5-year $65M contract, with $31M guaranteed, and an $18M signing bonus. This is where Stephon truly blossomed. In his 3 seasons with the Patriots, Gilmore has been named a pro bowler twice, an all-pro twice, and he was an indispensable part of the 2019 Patriots that won the Super Bowl.

At the conclusion of the 2020 NFL season, the Patriots weren’t able to bring the Lombardi trophy back to Foxborough, but Stephon got some hardware of his own when he was named the league’s defensive player of the year. Ty Law, a former all-pro cornerback in his own right, had this to say on Stephon’s 2020 season.

“It’s now proven without a doubt that you are the best DB/defensive player in football. Keep the flame burning bro! Next stop Canton,” Law said in an Instagram post immediately after Gilmore was named defensive player of the year.

Law was referencing the pro football hall of fame which is located in Canton, Ohio, suggesting he believes Gilmore will earn his spot there one day. With all the accolades Stephon is racking up, it’s definitely a conversation that will be had.

South Pointe was already known for churning out NFL level talent, but becoming someone who past legend call the best player in the world at your position is a step above even that. Stephon Gilmore is one the many South Pointe Stallions that’s achieved greatness in their lives after high school, and he’ll continue to give it all he’s got. Just as he did when he was here.