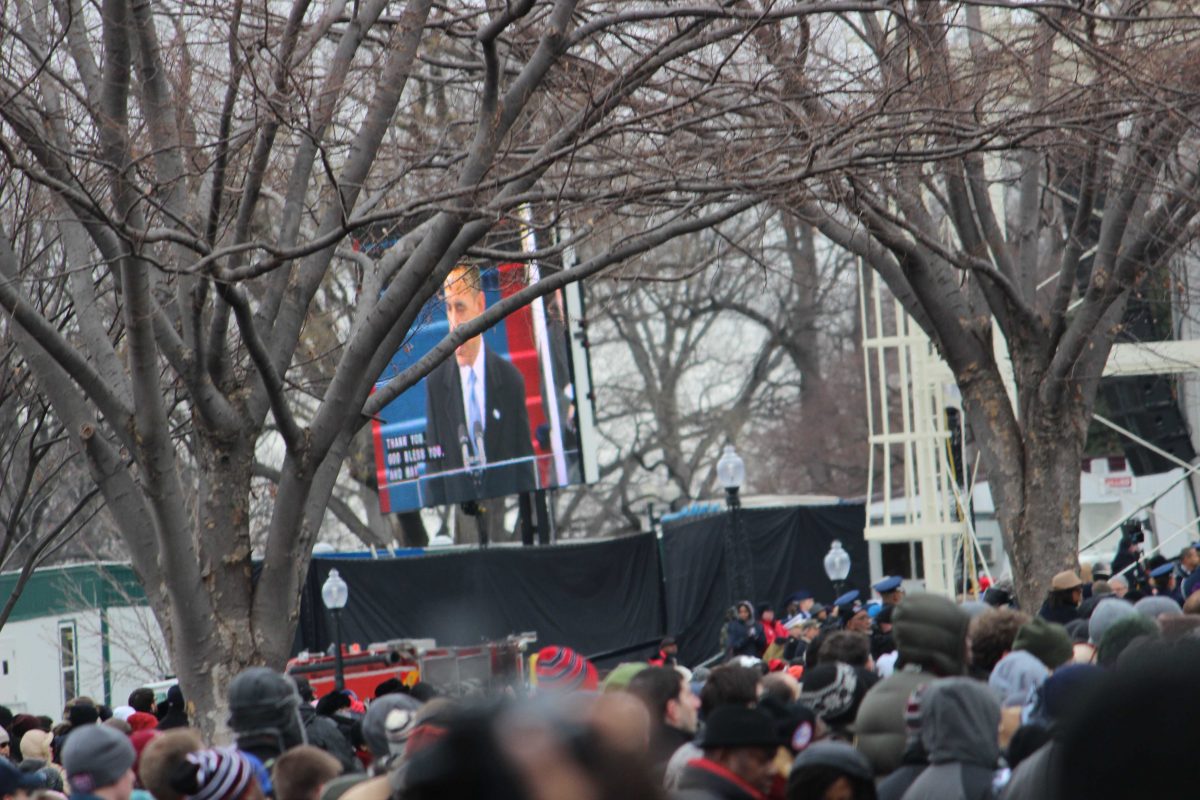 Going to Washington, D.C., from Jan. 17 to Jan. 23, 2013, was the trip of a lifetime, and one I was more than happy to share with my mother. I went to see the Presidential Inauguration, but it was much more. Just being in the city during that time frame was breathtaking.

On that Friday we had to go to the Capitol to pick up our inauguration tickets, and while we were there, one of the congressman’s volunteers took us on a tour of the Capitol, which was the best historic part of the trip. Our tour guide was a girl from Fort Mill who had gone to Nations Ford High School, so the tour seemed much more personal because we could relate on certain things, since our cities are only 15 minutes apart. I never knew how there are underground tunnels leading to buildings surrounding the Capitol. There are statues throughout the Capitol itself that represent each state. The art amazing; you would never think such a serious political building would have such beautiful art.

After the tour, we decided to walk to the Washington Monument which was more than amazing. Not realizing that it was farther than it looked, we ended up catching a ride in a bicycle rickshaw. I had never been in one of those carts; it was scary at first with all the traffic. Those buses don’t seem to care about anything or anyone but themselves and getting to their stop!

We moved on to the Lincoln and the Martin Luther King Jr. Monuments. The MLK Monument was really breathtaking. I enjoyed seeing all his quotes that he said in each state on the walls surrounding the big, tall statue. The whole experience was surreal.

Although the MLK Monument was really informative, my favorite was the Lincoln Memorial; seeing it on TV and being right beside it is two totally different things. I never realized how big the monument was, and having one of his most powerful quotes right above the monument really pulls everything together. People seem to think Lincoln was a tall man, and for his time period maybe he was, but compared to people today, he was just average size, or maybe even shorter. I learned that at the National Museum of American History, where we went only to see the First Ladies’ dresses. But we saw much more. The museum has a lot of different informational areas where different things are showcased. One of them is the Emancipation Proclamation and how it was started. The exhibit tells different things about Lincoln.  They had one of his suits on display, and it didn’t seem long enough for the actual descriptions you hear about Lincoln. Maybe on a good day he was six feet tall.

After moving on from the Lincoln area, we went upstairs to see the First Ladies’ dresses. That’s what I had been wanting to see the whole time, what each First Lady of her time frame wore on Inauguration Day. Some of the balls were amazing; the dresses were beautiful. The farther back in time or the older the dress, the more beadwork there was. You could see how heavy the dresses used to be. You wouldn’t believe how small these women were and how big, and heavy these dresses had to be.

Of course my favorite dress was Michelle Obama’s from 2009. Her Jimmy Choo shoes are what brought it all together.

We had been in D.C. for four days when it was time; it was Monday, Jan. 20, 2013–Inauguration Day. This is what the whole trip was about, the time had come. I can seriously say this was one of the best days of my life; just being able to experience history in the making was unbelievable. I didn’t like the waking up at 6 am and having to rush but just being in that atmosphere still seems unrealistic to me. Just standing in line and sitting around waiting for the Inauguration to start, you meet so many people. I met people from Toronto, New Orleans, California, and of course Washington. We all laughed and talked while waiting.

It was somewhat quiet when on the Jumbotron we saw police cars followed by all black SUV’s with Presidential and U.S. flags on them. The screaming and cheering we then heard is indescribable; loud is definitely an understatement. Everyone was happy and excited, the announcer had announced others who almost everyone cheered for, but there was nothing like the cheering when President Barack Obama was announced.

Towards the end of the Inauguration and after the President’s speech Beyoncé sang the National Anthem which was amazing in my opinion. People, though, were already leaving, trying to beat the crowed.

After leaving out of the gates of the Capitol building, I was in shock. The streets were full of people, it was so loud with the sounds of people’s conversations, and you couldn’t see more than two feet in front of you. People were bumping into each other. You could hear a lady screaming for her daughter that she had lost. I had other family members at the inauguration and it seemed like it would be impossible to be able to find them, but after about an hour and a half of back and forth text messages and phone calls, we eventually found each other and went to out to eat at an amazing Italian restaurant called Carmines.

I had an absolute incredible time in D.C. and I enjoyed all of the historic and informative things that I saw and witnessed, but me being the girl that I am, out of all the things we did in DC, I would have to say that the malls I visited and the shopping I did were my favorite parts of the trip, besides the Inauguration.

Tyson’s Corner and Pentagon City are two of the biggest malls in the D.C. area. With Forever 21 being one of my favorite stores, I fell in love with the three-story one there. It was the biggest Forever 21 I have ever been in.

Washington, D.C., is a great place to be at any time of the year. Being there was a great learning experience. There’s always something to do or see there. I will definitely be back!